For such a small country, the teardrop-shaped island of Sri Lanka has an almost unfair advantage over other destinations. With unspoilt beaches, lush rainforest, misty mountains and stunning wildlife, complete with a rich history dating back thousands of years, this captivating island has it all.

There are the ancient cities of Anuradhapura and Polonnaruwa, the incredible Sigiriya Lion Rock fortress, cultural Kandy, colonial Galle and the iconic Golden Dambulla Cave. And if that wasn’t enough, there are two natural landmarks on the list too: the Sinharaja Forest Reserve and the Central Highlands are incredible areas of natural biodiversity home to endemic species of wildlife, birdlife and plant life. Not sure which ones tickle your fancy? We take a look at all eight UNESCO sites in this blog so you can decide which you want to include in your Sri Lanka travel itinerary.

The Historic Fort of Galle

Charming Galle was founded by Portuguese colonists in the 16th century and has been a UNESCO World Heritage Site since 1988. Most of its visitors are easily seduced by its charm, and it’s easy to see why: with its striking mix of European architecture and South Asian tradition, pretty Galle has definitely got its own unique ambience. Thick stone ramparts surround the historical buildings and churches, and within the walls, you’ll find pretty cobbled streets lined with artisan shops, stylish coffee houses and quirky boutiques as well as stunning Dutch-colonial buildings. Without a doubt, Galle is best navigated on foot. Explore the exotic old trading port, visit at the ancient mosques and churches, wonder at the impossibly grand mansions or soak up some culture in one of the museums before enjoying a refreshment in one of the super-chic coffee shops. 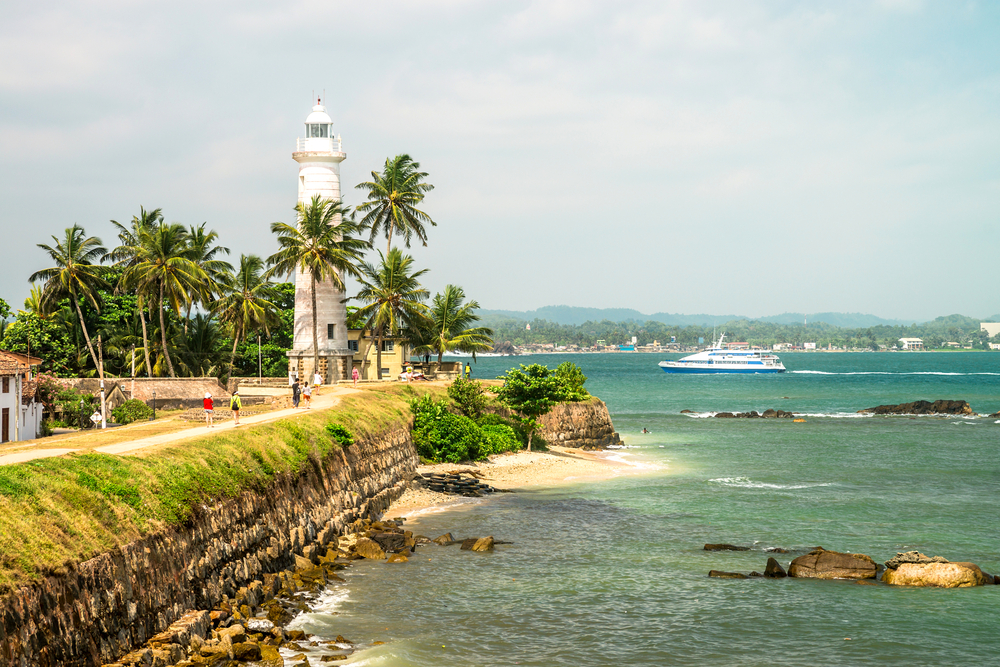 The Sacred City of Anuradhapura

Full of fascinating history and stories of mysterious ancient civilisations, the Ancient Cities, or the “Cultural Triangle” as it is also known, is an absolutely enthralling region. 2,500 years ago during the Golden Age of the Sinhalese civilisation, the area was known as “Rajarata”, the Land of the Kings – and Anuradhapura was the first of these cities to be built. Established around a cutting from the Buddha’s fig tree, Anuradhapura flourished for 1,300 years and was one of South Asia’s grandest kingdoms before it was abandoned after an invasion in 993. Once a thriving economic hub, its history is easily traced back to the 4th century BC, however, excavations have even identified artefacts from as early as the Iron Age dating back to 900BC. It became a World Heritage Site in 1982 and as home to some of the most important Buddhist sites, it remains a sacred religious centre to this day with pilgrims and worshippers visiting year-round.

The Ancient City of Sigiriya

Rising dramatically from the central plains, the ruins of the capital city of Sigiriya built by King Kassapa are perhaps Sri Lanka’s most dramatic sight. Here, near-vertical walls soar to the 180-metre high, flat-topped summit where you’ll find Lion Rock perched right at the top, an abandoned palace that has been described as the eighth wonder of the world. Lion Rock is reached through a series of towering staircases that emerge dramatically from the mouth of a gigantic lion – but trust us, it’s worth the climb. On your way up you’ll pass ancient frescoes that still remain and there’s even a pair of colossal lion’s paws carved into the rock – and when you reach the top, you’ll be rewarded with 360-degree views of the jungle below. We recommend visiting early in the morning to watch the mist rise above the forest as you imagine living here thousands of years ago. Named a UNESCO World Heritage Site in 1982, much remains of this ancient capital, including water reservoirs to collect rainwater that are still in good condition, and irrigational technologies that baffle engineers to this day. 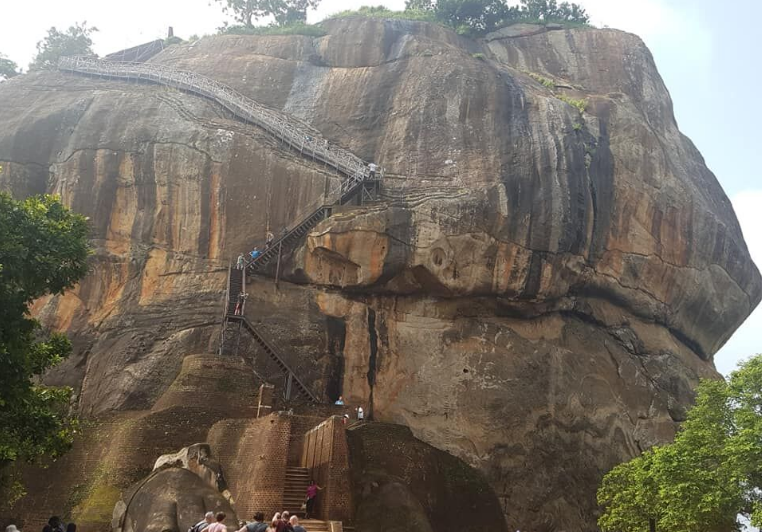 The Ancient City of Polonnaruwa

The second largest kingdom in ancient Sri Lanka, Polonnaruwa was Anuradhapura’s successor kingdom. It flourished from the 9th to 14th century and comprises Brahmanic monuments, the ruins of the incredible garden-city created by Parakramabahu I, a 16-metre carving of Buddha and ancient Hindu temples. Don’t miss the Parakrama Samudra either, the largest man-made rainwater reservoir in Sri Lanka that remains to this day a primary source of water for agriculture. The second city of Sri Lanka was named a World Heritage Site in 1982, and today archaeological treasures and ancient structures such as tombs, temples, statues and stupas give a tantalising glimpse of life in the city in its thriving heyday. It’s also conveniently close to a number of national parks that are renowned for elephant spotting, making it a versatile place to base yourself for a few days as you take in the sites of the Cultural Triangle.

The Golden Temple of Dambulla

Dambulla’s epic rock cave temple with its Buddha-filled interiors is a truly iconic Sri Lankan image that you are probably already familiar with – and trust us, in real life it doesn’t disappoint. Despite the tourists, it’s an awe-inspiring holy place that shouldn’t be missed. A sacred pilgrimage site for 22 centuries, Dambulla is the largest and best-preserved cave temple complex in Sri Lanka. In fact, 80 of the cave temples are still used by monks today. With five sanctuaries, intricate mural paintings covering more than 2,000 metres and 157 statues of Buddha, it was named a UNESCO World Heritage Site in 1991 to protect these magnificent images that showcase the exceptional artistic talent of ancient Sri Lanka. Make sure you climb up the steps to the temple and take in the view from the top of the rock too – it’s almost as beautiful and inspiring as the temple’s stunning golden interior itself.

The Sacred City of Kandy

Set in forested hills and surrounded by tea plantations, Kandy is a mountain city in Sri Lanka that was home to the Sinhalese kings from 1592 to 1815. The truly unique combination of colourful houses, Edwardian buildings, a king-made lake and sacred monuments give Kandy a vibrant cultural life – and it’s also the site of Sri Dalada Maligawa, or the Temple of the Sacred Tooth as it is also known. Said to hold one of the Buddha’s teeth, it was because of this temple that Kandy was awarded its status as a World Heritage site in 1988. We recommend visiting the temple in the evening where Buddhists from all over the world come to offer flowers to the sound of horns, drums and murmured prayers. In the summer, the city famously comes alive during the ten-day Esala Perahara festival where the Sacred Tooth Buddha is carried through the streets of Kandy with a colourful procession of lavishly decorated elephants, jugglers, musicians, dancers, acrobats and even fire-breathers. It’s one of the most visually stunning and unique festivals in the world and a once-in-a-lifetime experience – but with so much to see and do here, let’s face it: cultural Kandy is worth adding to your Sri Lanka travel itinerary year-round. 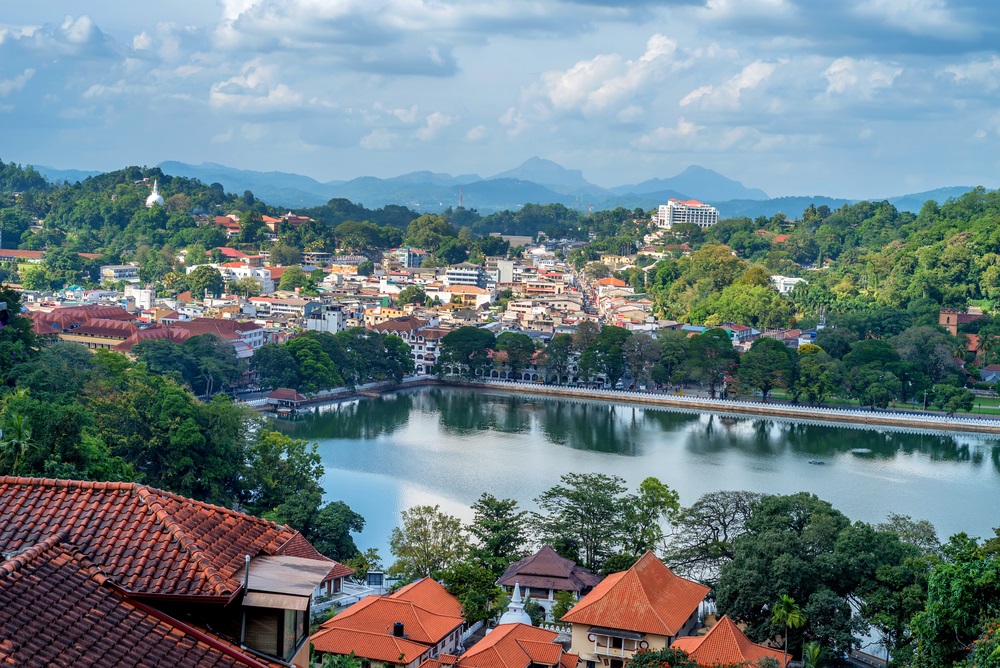 Comprising the Peak Wilderness Protected Area, Horton Plains National Park and the Knuckles Conservation Forests, the Central Highlands are located more than 2,000 metres above sea level. Awarded UNESCO status relatively recently in 2010, this biodiversity hotspot is home to an exceptional range of flora and fauna that can’t be found anywhere else in the world. From colourful flowers to giant tree ferns, there is plant life abounding – but the wildlife is pretty spectacular too, with Sri Lankan leopard, sambhur and wild boar as well as exotic birdlife. In the Knuckles Mountain Range you’ll also find five of the country’s largest forest formations, with awe-inspiring scenery, mountain trails, cascading waterfalls and sprawling acres of terraced paddy fields. Of course, no visit to Sri Lanka is complete with a trip to the tea plantations. Nuwara Eliya, also known as Little England, is a great base. With its Georgian architecture and neatly manicured lawns, here you can discover the history of Sri Lankan tea and explore the biodiverse Central Highlands too.

Set in south-west Sri Lanka, Sinharaja (“Lion King”) Forest is the country’s last viable area of primary tropical rainforest. Surrounded by rivers, it’s a nature lover’s paradise: more than 90% of the trees are endemic, with many considered rare, and it’s teeming with wildlife too – in fact, it’s home to over 50% of Sri Lanka’s endemic species of mammals and butterflies, as well as insects, reptiles and rare amphibians. If that wasn’t impressive enough, half of Sri Lanka’s endemic species of bird can also be found here, whilst the 12 endemic mammals who make Sinharaja their home include the giant squirrel, dusky-striped jungle squirrel, badger mongoose and purple-faced leaf monkey. But the real highlight is the exceptional flora and fauna. The jungle is usually shrouded by burgeoning rain clouds, which frequently replenish its deep and rich soil, balancing water resources for much of south-west Sri Lanka too – and it’s because of its importance to Sri Lanka’s ecosystem that Sinharaja was declared a World Heritage Site in 1989. You can only get around by foot here, so let expert guides lead you along slippery trails as you look out for wildlife in the lush tropical surroundings. 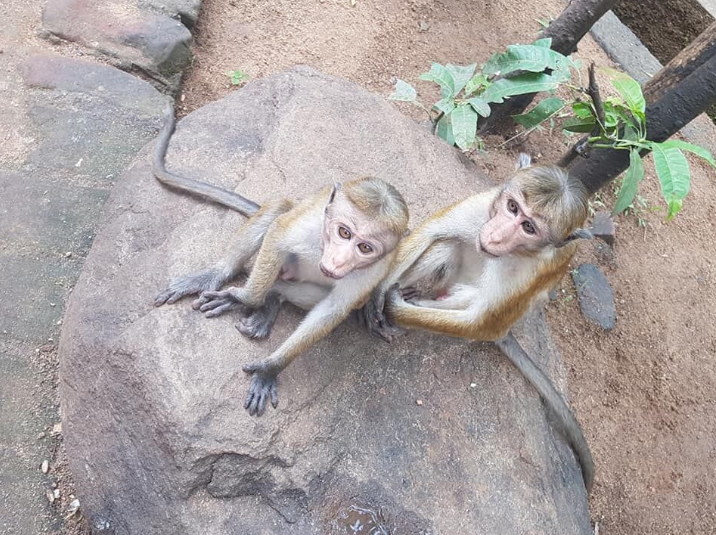 With an incredible eight UNESCO World Heritage Sites, Sri Lanka has something for everyone. Whether you like your history modern or ancient, are on the hunt for endemic species or just want to soak up the sun on some of the world’s best beaches, believe us when we say Sri Lanka won’t disappoint. Ready to start planning your bespoke Sri Lanka travel itinerary? Our expert team will be happy to help put together a tailor-made holiday just for you. Contact Tracey and Rebecca today to start planning your Sri Lankan adventure. 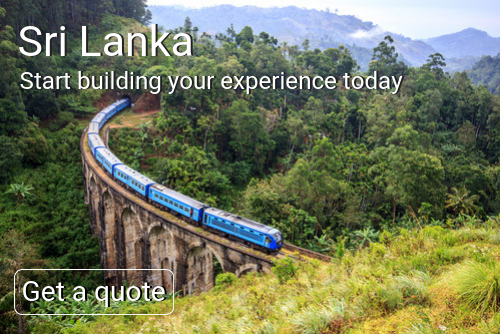