Right at the heart of Central America in between the Pacific Ocean and the Caribbean Sea sits the small yet incredibly diverse Costa Rica. As a holiday destination, Costa Rica has something for everyone; from tropical beaches to fiery volcanoes and mysterious cloud forests to lush rainforests, it’s brimming with natural wonders. Plus, its landscapes are some of the most unique in the world! It’s also got one of the world’s most enlightened conservation policies; it’s absolutely abundant in wildlife and home to some of the best tropical flora and fauna you could hope to find. As experts in Costa Rica luxury holidays, we design trips of a lifetime around each individual.

The numbers say it all; in Costa Rica, you’ll find 13 different microclimates and more than 500,000 animal species, including hundreds that can’t be found elsewhere. And despite making up just 0.03% of the planet, Costa Rica boasts 5% of the world’s biodiversity. In fact, a quarter of the country is part of a protected forest or reserve. If that wasn’t enough to tempt you, Costa Rica also has a staggering 28 national parks, three of which are UNESCO World Heritage Sites. It’s no wonder that Costa Rica luxury holidays are so popular with our customers! Here we explore the different landscapes of this diverse country and round up our favourite national parks… 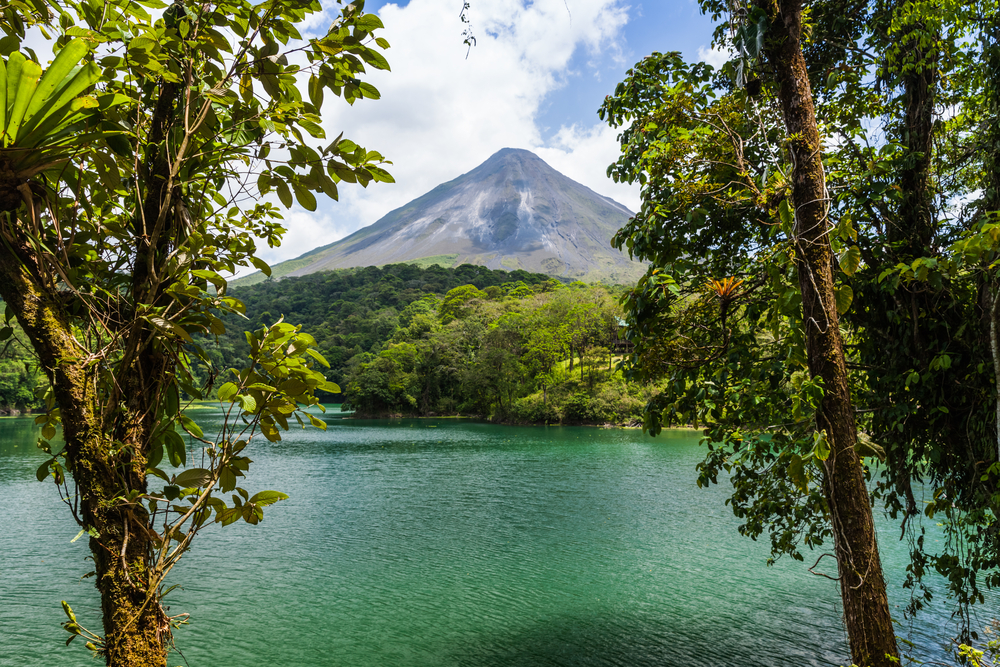 We’ll kick things off with Arenal Volcano National Park, a natural wonderland and one of the best nature reserves in Central America. Dominating the surrounding national park in San Carlos, Arenal is Costa Rica’s youngest volcano and last erupted in 1968. At 5,358 feet high, it towers over 30,000 acres of misty cloud forest and winding wild rivers below. Here, you can soak up the beauty of your surroundings in this vast ecological reserve. You could also trek through the green groves amongst some of the world’s most exquisite plantlife and endemic species.

Alternatively, you may want to tick off the bucket list and take part in a number of exhilarating outdoor activities; rafting and zip lining are popular choices for daredevils! Or, you could navigate the famous hanging bridges in the charming town of La Fortuna. And afterwards? Well, nothing goes together better than volcanoes and hot springs! So enjoy a bit of relaxation while on your Costa Rica luxury holidays, as you soak your aching limbs in the naturally warm waterfalls and thermal pools at tranquil Ecotermales. Pure bliss.

Set on a small peninsula on the Pacific Coast, Manuel Antonio is one of Costa Rica’s most scenic national parks, and with both primary and secondary forest, it’s a fantastic place to observe the local wildlife. Look out for howler monkeys swinging from the treetops and two-toed sloths laying in the forest canopies as you amble along jungle trails. You might even spot iguanas lazing in the sun, or tiny colourful frogs dotted throughout the lush green forest. Make sure you listen out for kingfishers too! Wandering out of the canopies, you’ll arrive on picture-perfect sandy beaches. Here, you could catch some sun on the soft white sand or enjoy a swim in the tropical warm waters!

Exchange rainforest for cool cloud forest in the Monteverde Cloud Forest Reserve. A mysterious retreat in the clouds of the Tilaran Mountains, it’s one of Central America’s most important wildlife sanctuaries. It’s also home to 2,000 plant species, 400 birds and hundreds of orchids. Make sure you keep an eye out for toucans and hummingbirds as you explore the mist-covered foliage on treetop walkways and venture across bridges over turquoise lagoons. If you’re after even more adventure, you could also zip line through the trees! Or, perhaps join a night tour – an absolute must for a side of the forest you’ve never seen before. Spot the nocturnal species of the forest going about their business under the cover of darkness for a truly unforgettable experience that’s an unmissable part of any Costa Rica luxury holidays. 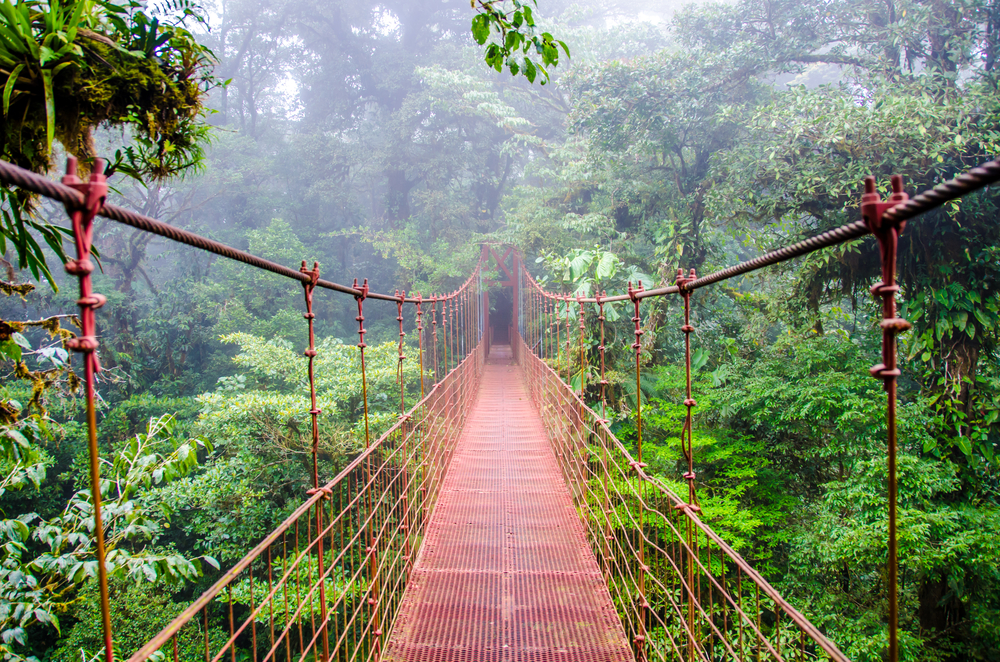 A carefully protected habitat on the North Caribbean coast, Tortuguero National Park is a turtle haven. It’s only accessible by light aircraft or boat, making it a magical experience from the second your journey begins. Here you can explore rainforest, mangrove swamps, wetlands and coastal beaches along the park’s unique network of natural waterways. And, if you time it right, you might even see turtles nesting on the sandy beaches! Spot green sea turtles from July to September or leatherback turtles from March to June. But it’s not all about the turtles at Tortuguero; you can also explore freshwater rivers and creeks, spotting manatees in the lagoons and spider monkeys in the canopies as you kayak through the canals. Make sure you keep an eye out for alligators, iguanas, and truly exquisite birdlife too!

In the wild and untamed Osa Peninsula, you’ll find Corcovado National Park, one of the most biodiverse regions on the planet. It’s a total mecca for wildlife – in fact, it’s got nearly 3% of the earth’s total biodiversity within its boundaries. Home to the country’s most pristine rainforest, it’s undoubtedly the crowning glory of Costa Rica’s national parks and one of the best regions to spot rare wildlife. From rainforest hikes to bird spotting (look out for macaw, toucan, and hummingbird), here you can immerse yourself in a world of different ecosystems as you spot some of the richest wildlife you could imagine. From crocodiles to big cats, hammerhead sharks to humpback whales, it’s a dream destination for nature lovers. In fact, Corcovado is one of the only places in the world where two species of humpback migrate at the same time! 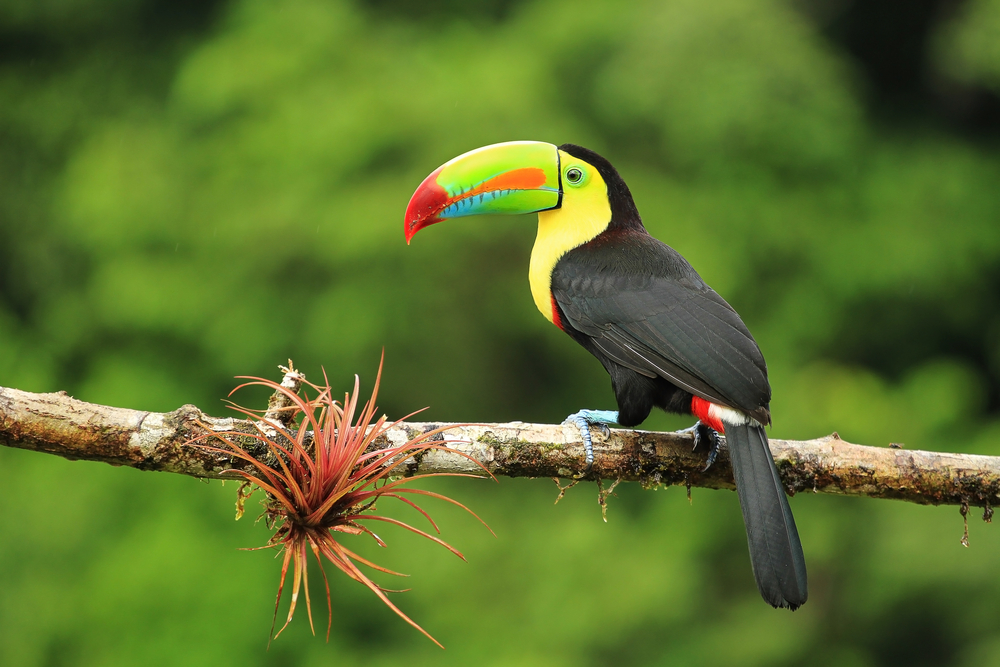 Whether you’re looking for misty cloud forests or lush green jungles, there’s really no place quite like Costa Rica when it comes to wildlife and national parks. We’re experts in Costa Rica luxury holidays here, so you if you want to embark on an unforgettable adventure exploring the national parks of Costa Rica, our experts Megan and Lou will be more than happy to help.

Contact them today to build a holiday that’s completely tailor-made for you. 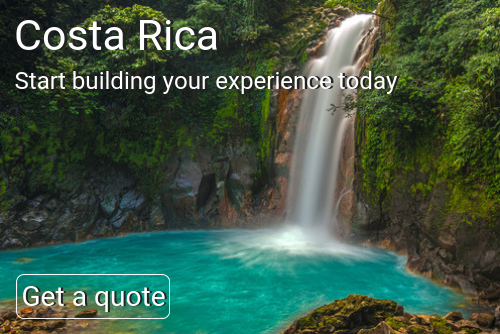