Exploring Jordan: the eighth wonder of the world

It’s no secret that we’re big fans of Jordan holidays: home to beautiful landscapes and time-worn ruins, there’s much to see here and a friendly and welcoming population makes it even more of a delight to explore. Biblical landmarks, big-hitting sights and captivating scenery combine to create a destination that’s fun to discover whatever kind of holiday you’re looking for – Jordan is suited to active holidays, historical tours and epic, in-depth adventures, and it’s even home to one of the world’s ‘new’ Seven Wonders. To find out more about why so many people are drawn to this fabulous corner of the Middle East, read on.

You’ll find the lowest point on Earth in Jordan

With its intense, milky-blue waters, the Dead Sea is the lowest point on Earth – many people come here as part of a once in a lifetime escape. It borders Jordan, Israel and the West Bank, but it’s actually a land-locked lake, rather than a sea. At 431 metres below sea level, it’s the lowest point on dry land and its heightened levels of salinity make it the saltiest body of water in the world, rich in natural minerals; at 34.2% salinity, it’s almost 10 times saltier than the ocean. The best way to explore the area surrounding the Dead Sea is to stay in one of the luxurious spa resorts that surround the shoreline – many utilise the mineral-rich mud and salt in the spa therapies they offer. It’s the perfect way to relax at the end of a longer trip to Jordan. 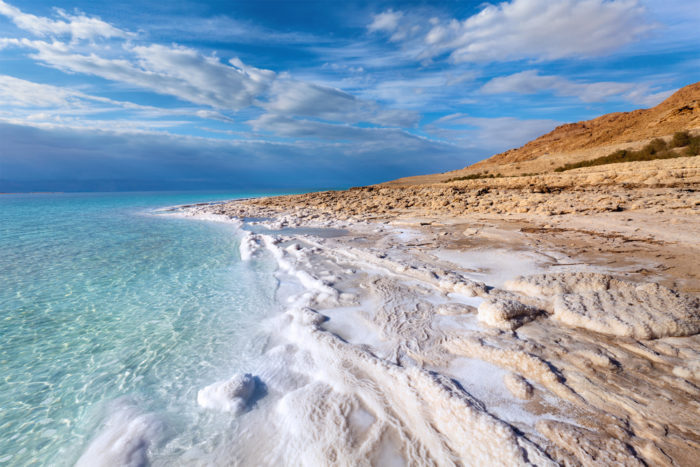 Jordan is one of the safest countries in the Middle East

According to the World Economic Forum, that is. In 2017 the country ranked 38th in the world for ‘safety and security’ – in contrast, the UK ranked 78th. While the country has not been totally absent from the headlines regarding issues of safety, in a region which garners serious media attention Jordan has, for the most part, remained one of the safest countries in the Middle East to visit on holiday. Rather than actual threats, most of the fears people have around Jordan holidays and tours is down to perception. One of the best ways to alleviate any fears is to travel with a reputable tour operator who has on-the-ground connections and can step in should anything – safety, health, logistics or otherwise – go wrong. You can view the latest FCO advice on travel to Jordan before you go: only the close border with Syria is advised as off-limits and most visits are trouble-free.

Jordan is home to many famous Biblical sites, most famously the Jordan River, where it is said that Jesus was baptised by John the Baptist on the east bank. The baptism site is open daily, and you can even arrange for your own baptism in the holy waters. At Mount Nebo, it was said that Moses climbed to the top to view the Promised Land – and the vistas from up here are spectacular. Even Jericho and Jerusalem are visible on a clear day. 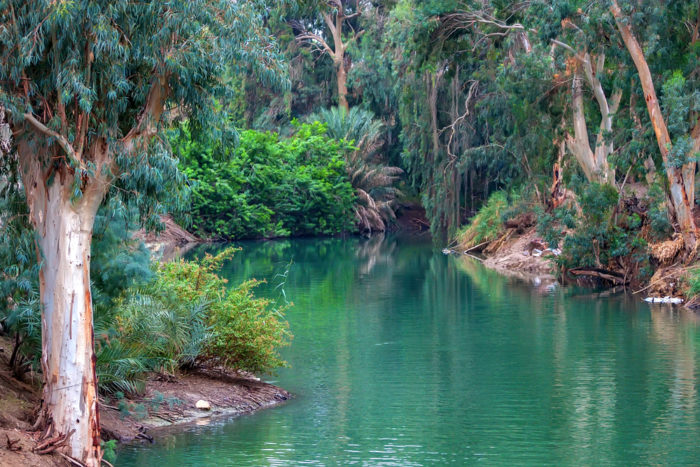 Just 50 kilometres north of the capital, Amman, the Roman city of Jerash, was in its heyday – 1st century AD – the most significant settlement in Jordan. It was part of the Decapolis, the 10 most important cities in the Roman Middle East including Philadelphia (now Amman) and Damascus in Syria. Today, the ruin is a scattered site of arches, columns and temples all in various states of disrepair after two millennia of intervening history, but it’s stunning – particularly as the sun sets across the amphitheatre. And with Palmyra in Syria off-limits, it’s one of the few Roman citadels in the Middle East that tourists are still able to visit. 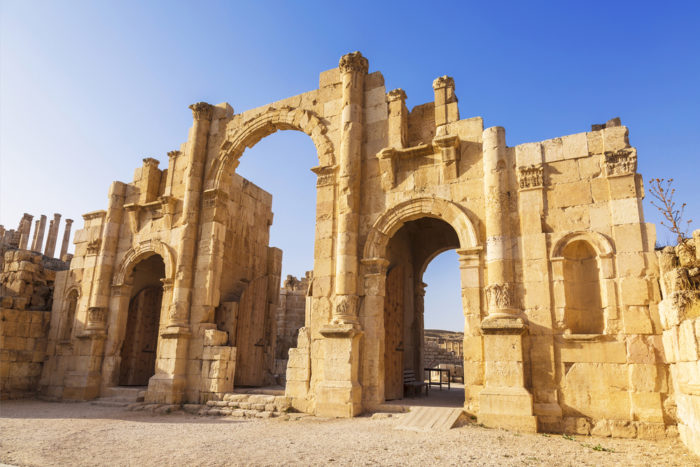 Its coastline includes some of the best diving in the world

Did you think that Jordan was a landlocked country? Many do, but actually, it borders the Red Sea with a miniscule amount of coastline. There are just 26 miles of coast and in 1965 the country negotiated some 11 of these with Saudi Arabia in order to expand its port facilities. The city of Aqaba flourished as a result: the Red Sea resort is home to some of the world’s best diving, almost on a par with Egypt’s Red Sea Riviera. While lazing on the beach is absolutely recommended, keen divers will want to explore its crystal-clear, warm waters. Many submerged dive sites are accessible from the shore and include reefs and shipwrecks. 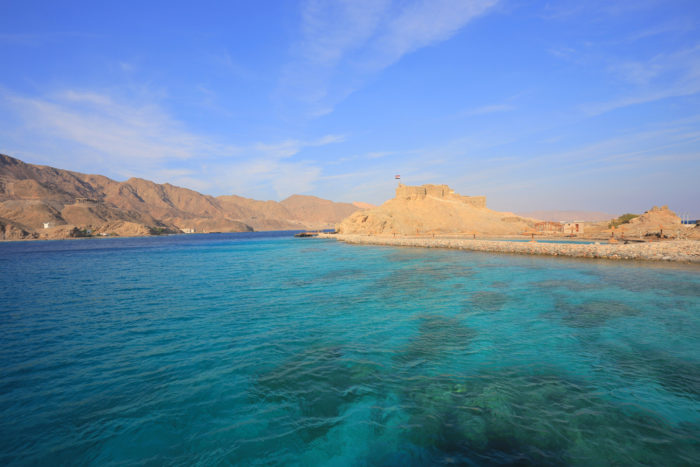 You can’t mention Jordan without mentioning its most famous tourist sight: Petra. The lost city was abandoned in around the 7th century and lay forgotten by the rest of the world until the 19th century when it was ‘rediscovered’. Since then, the hospitable Bedouin people have shared their beautiful lost city with almost one million visitors per year. It’s so well-loved, it was voted one of the New7Wonders of the World alongside other incredible monuments like Machu Picchu and the Taj Mahal. Some of the best-known sights include the narrow entryway known as the Siq, the magnificent Treasury with its ornate façade and the crumbling Amphitheatre which once held over 4,000 people. 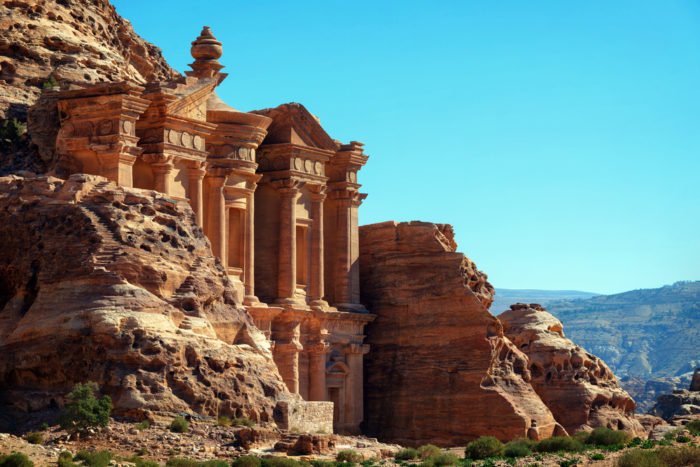 You can walk the entire length of Jordan

Yes, it’s true: Jordan is just 400 kilometres long and it’s possible to walk the entire country from north to south. This route is known as the Jordan Trail and was inaugurated in 2017, covering some 600 kilometres of footpaths between the Israeli border in the north and Aqaba in the south. This might seem like an epic adventure, and it does take approximately 40 days to complete, however, Jordan is an excellent country in which to enjoy a walking holiday. Jordan trekking holidays are a great way to explore the wilder reaches of the country, heading into the desert landscapes of Wadi Rum and the beautiful, protected scenery of the Dana Nature Reserve. Along the way you can experience the traditional lifestyles of the nomadic village people and view some of the country’s wildlife which include Nubian ibex, sand cat and Syrian wolf. 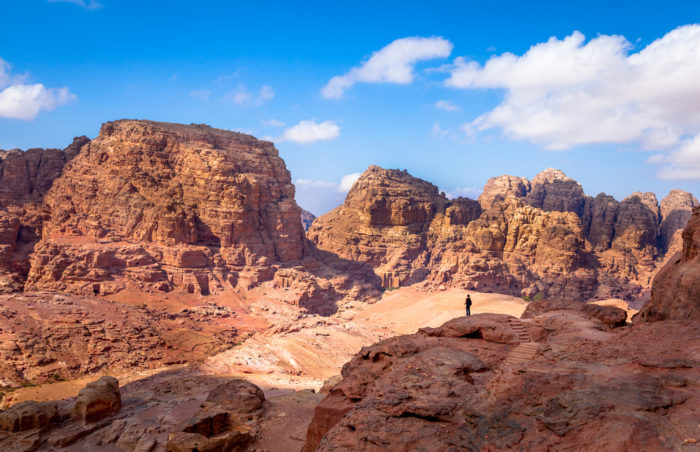 There are many more reasons to consider Jordan for your next holiday or tour, such as a delectable national cuisine and many adventure possibilities, like dune bashing in the desert – consider a tailor-made escape so you can work with a Jordan expert to craft the perfect itinerary that suits you. Contact our resident expert Catherine to discover more about this incredible country and to plan your own personal itinerary.