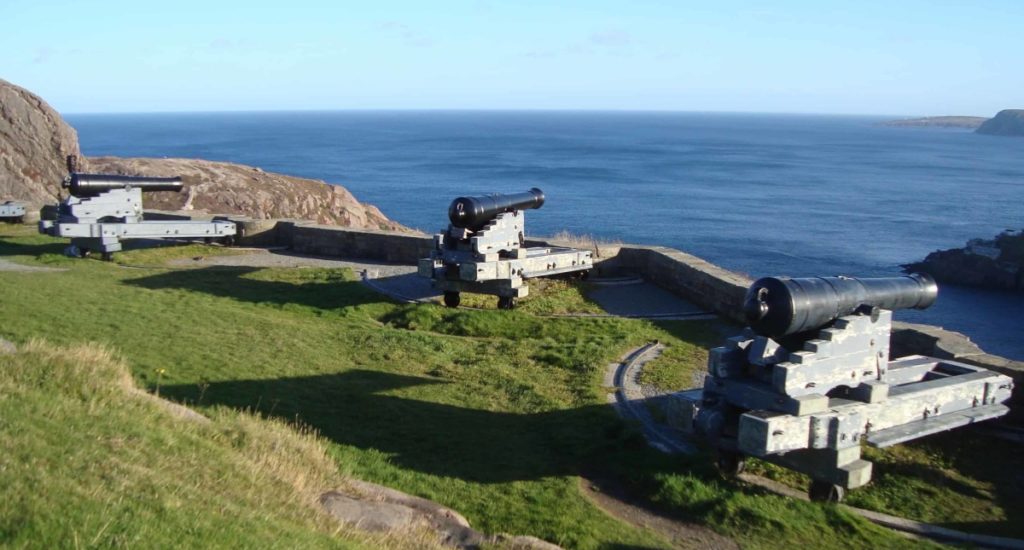 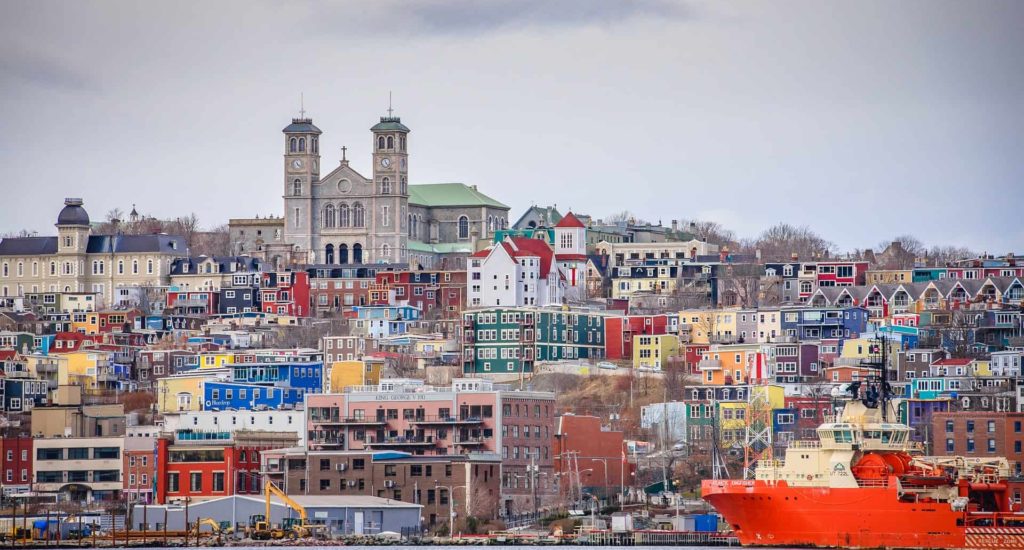 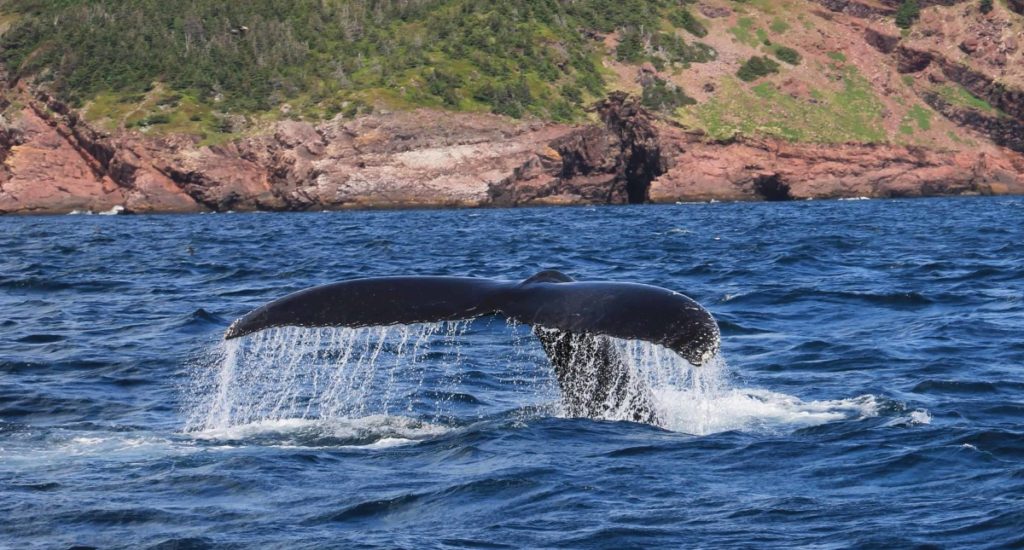 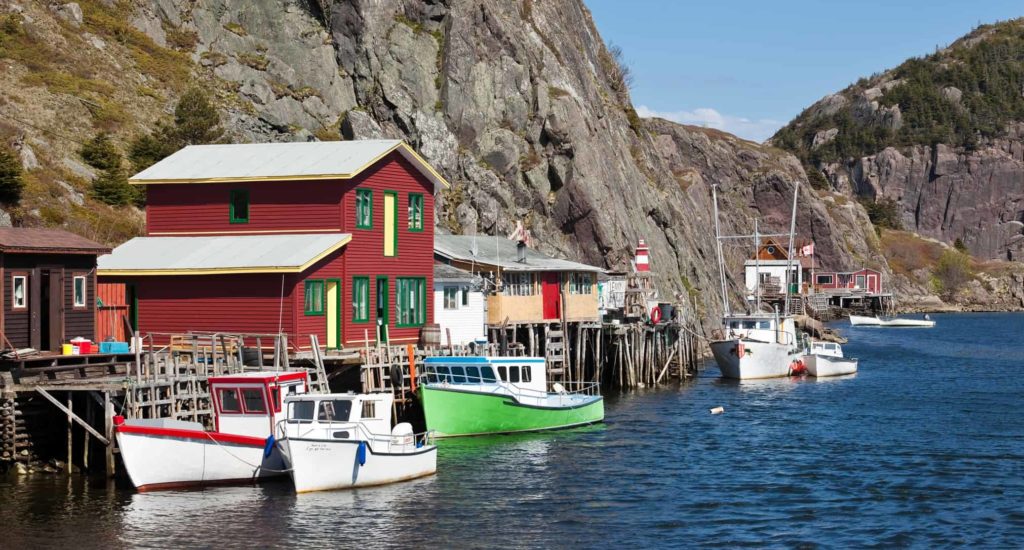 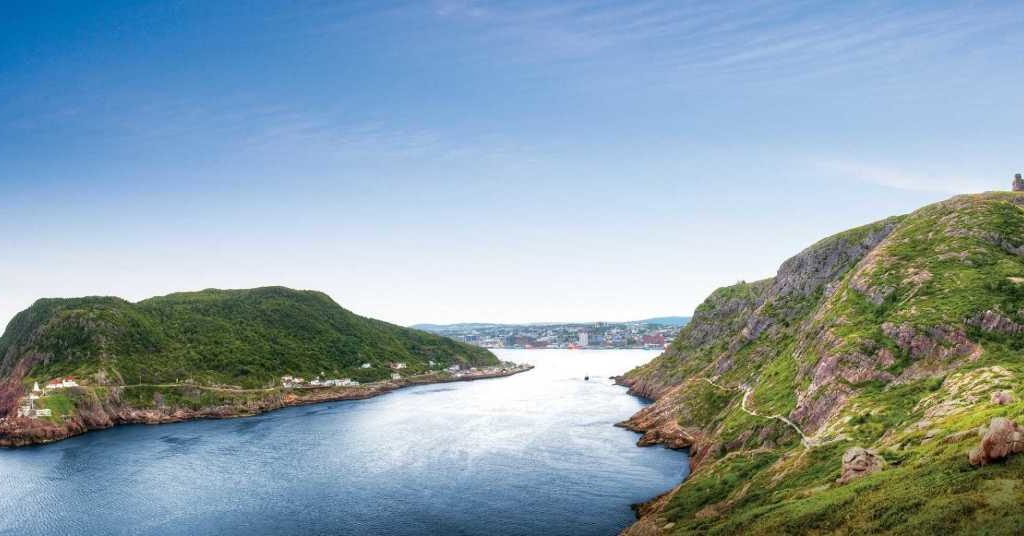 At the far south-eastern corner of Newfoundland St John’s is perched on one tip of the Avalon Peninsula. The city is often referred to as a mini San Francisco due to its hilly streets and brightly coloured rows of houses, all set around historic and prominent Signal Hill. It is a lively, cosmopolitan city that manages to retain a small town charm and the locals here are always happy to stop for a chat. For many years the city was the world’s busiest centre for cod fishing and many fishing merchants made their millions here. However, following a moratorium on cod fishing in 1992 the industry collapsed and many locals left the province to find an income elsewhere. These days the waterfront of St John’s is a National Historic Site and whilst still bustling with small fishing boats, tourist boats and the occasional cruise ship, the economy is largely driven by the offshore oil industry.

Fifteen kilometres south-east of St John’s, is the National Historic Site of Cape Spear, the most easterly point in mainland North America. Slightly south of here whale-watching boats depart from Bay Bulls, with a good chance of spotting humpback whales and a range of seabirds (including puffins) during the summer months. Further afield the Avalon Peninsula stretches south and westwards, dotted with remote communities, wilderness reserves and hundreds of lakes, all neatly contained within a rugged and breath-taking coastline. 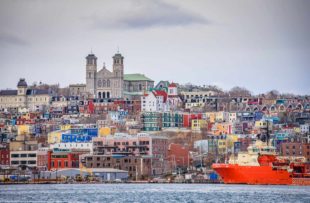 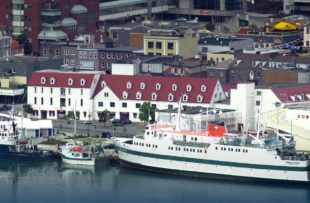