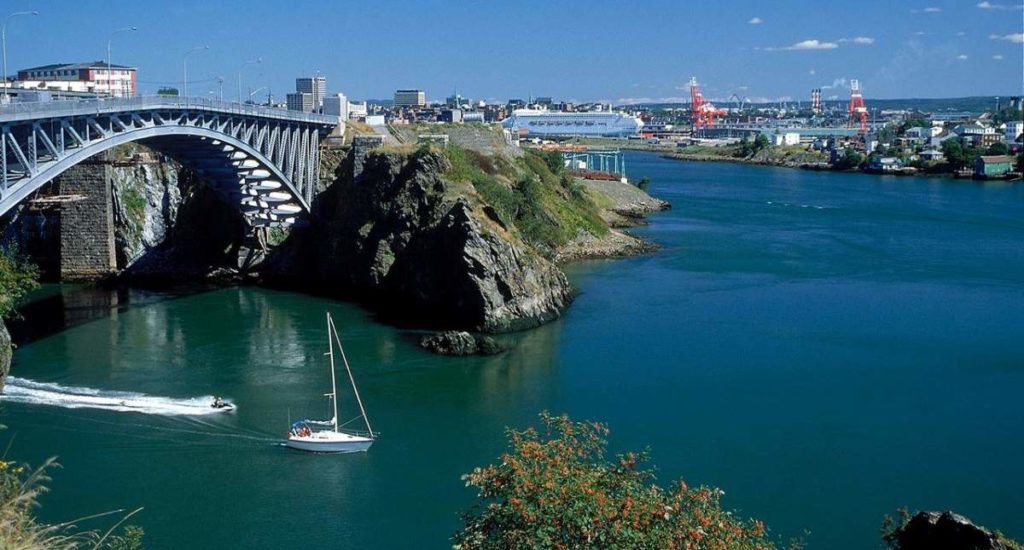 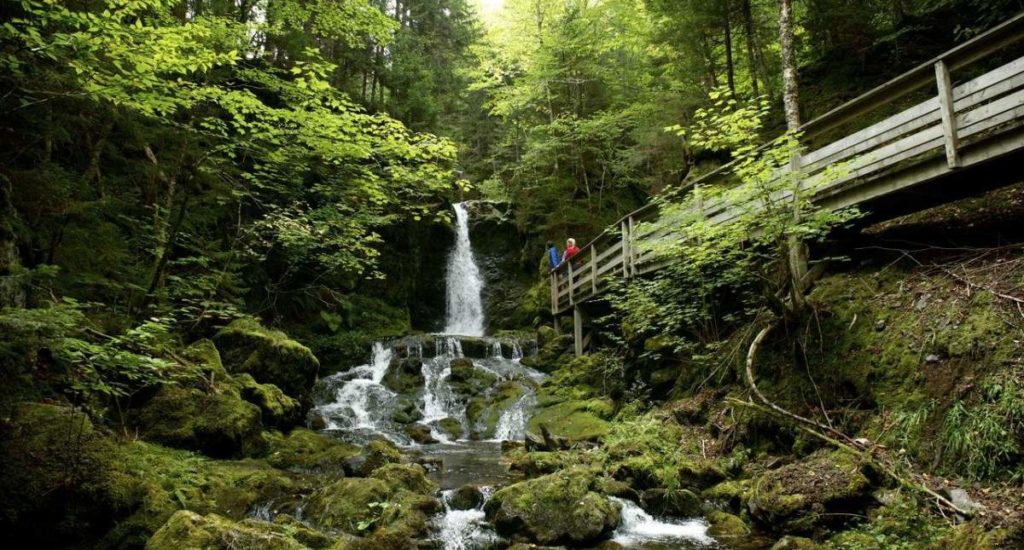 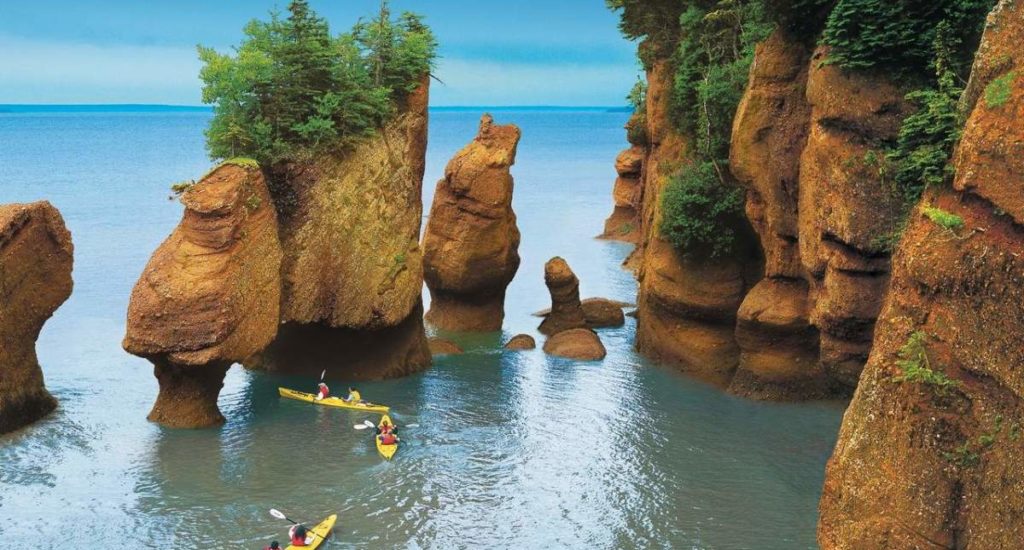 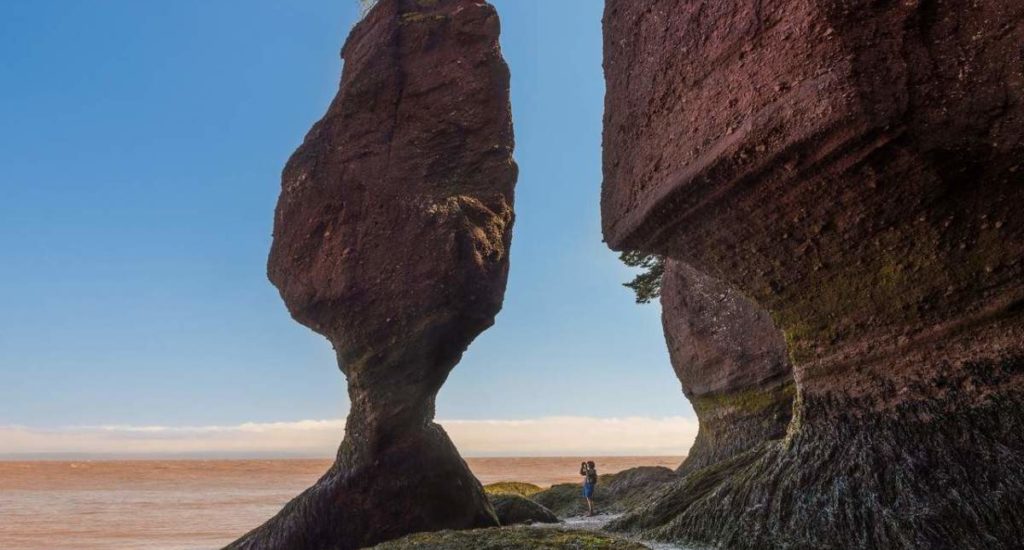 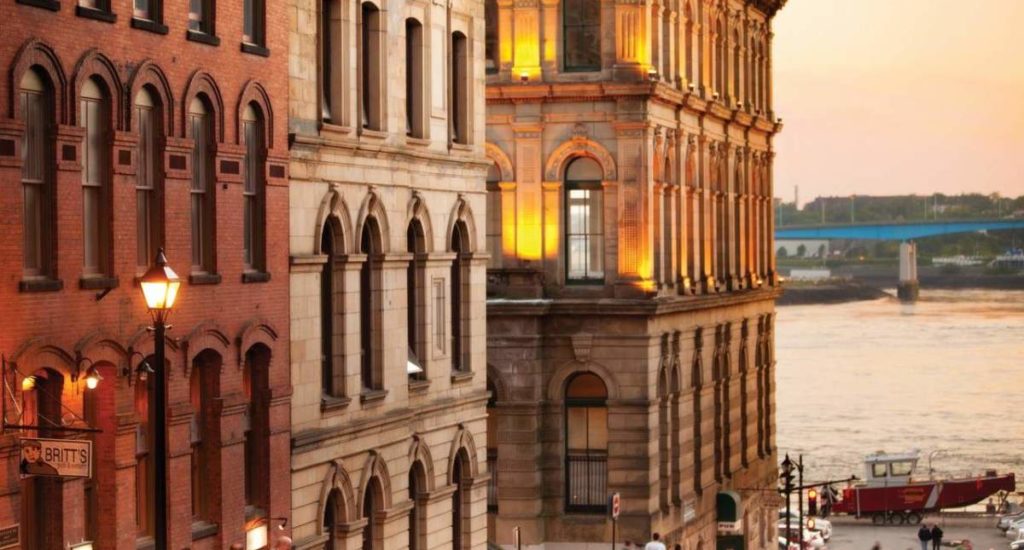 Saint John is the biggest town in New Brunswick, sitting atop a ring of rocky bluffs which overlook a deep natural harbour. It is the only city situated directly on the Bay of Fundy and has long been a thriving port, meaning that much of the waterfront is flanked by busy docks. The uptown area is a melee of modern office blocks, red-brick town-houses, green parks, multi-cultural shops and restaurants, and, at the centre of it all, the lively City Market. There a few heritage sites which explain the history of Saint John, but for most visitors it is really only a convenient place to stop for a night before or after exploring the coastlines east and west of here.

Heading East from Saint John the road takes you inland before you reach Fundy National Park, a large protected area filled with pristine temperate forest and scattered with scenic walking trails and waterfalls. From here a scenic route winds from Alma along the coast to Hopewell Cape, then back inland along the Petitcodiac River to Moncton. Along the way there are some fabulous views out over the Bay, most notably at Alma and Cape Enrage, and on a clear day you can see across to Nova Scotia.

The most iconic landmark in this part of the province are the famous Hopewell Rocks (sometimes also referred to as the Flowerpot Rocks), a series of interesting sandstone formations which rise several stories from the ocean floor – some as much as 20 metres high.  Centuries of erosion have created a mix of large arches and what seem rather precariously balanced stacks which can be explored at both low and high tide.

“We would certainly recommend you” 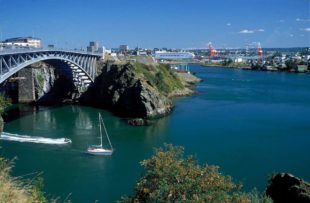 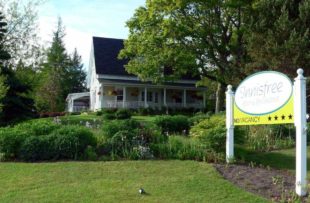 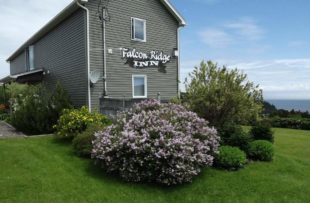 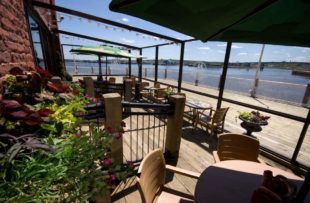