A city break is a great way to get a taster of a country, but the Jordanian capital of Amman might not be the first choice that springs to mind when planning a holiday. Next time you’re looking to jet off on a short break, forget Marrakech, Florence or Stockholm and opt instead for somewhere a bit different with a holiday to Jordan. Even better, consider holidays in Amman Jordan, the capital city of this beautiful country. The logistics are surprisingly a lot simpler than you might think. In fact, Amman is one of the easiest cities from which to enjoy an authentic Middle Eastern experience – something you don’t get from more popular destinations like Dubai.

At just five hours flight time from London, you can pick from two airlines offering direct services straight into Amman – British Airways or Royal Jordanian. Flights from Heathrow usually leave in the afternoon, arriving just in time for a late dinner and bed. It’s a great option for early spring or autumn sun, so escape the milder climes and enjoy balmy temperatures. In the summer months of Jordan, the mercury rockets up to the late 30s.

History buffs will be wowed by the variety of sights right on the doorstep. From crumbling Roman ruins to cavernous souks, you will experience all Jordan has to offer. Souks remain a part of Jordanian daily life despite the developments of the modern age and the vast malls on the city’s outskirts. Amman’s history as a capital city is comparatively youthful, and it only became Jordan’s politically recognised centre in 1921. However, it was already very old before the Ancient Greeks named it Philadelphia. You’ll find plenty of historical gems both inside the city limits and just outside the metropolis – if you know where to look. Join us on a 48-hour adventure through Amman, which can be done in a short break or added on to a longer discovery of this fascinating city.

Flying directly to Amman from London Heathrow means you’ll usually land late evening, just in time to check into your hotel and head straight to bed. You’ll need a good night sleep to get ready for a full day of exploring tomorrow.

We’d recommend choosing somewhere in the historic Downtown area for ease of exploring. Amman has a great choice of hotels, but we like The House Boutique Suites for its location. Just 10 minutes’ walk from Rainbow Street, you can stroll here for a drink before dinner. Or, you can simply admire the views of the city at sunset with a sundowner from the glamorous pool terrace bar. Rainbow Street is the city’s prime area for socialising and is one of the most famous streets in Amman. It runs right through the historic Downtown area, so it pays to stay close by. 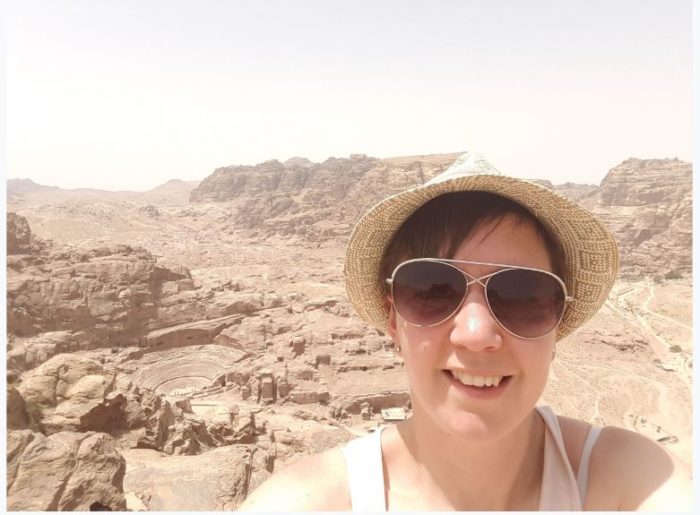 8am: Start early to get ahead

Rise and shine! You’ll want to start early to make the most of your time in the city, and the best place to begin is the Citadel. The city was once built across seven hills, which still define the ancient skyline. However, the metropolitan sprawl now stretches across around 20 different hills, connected by wide highways. Standing on the top of one of the hills, you’ll get a feel for the city’s long and convoluted history. Look closely, and you can spot Greek, Roman and Islamic ruins. From the Citadel, you’ll have a fantastic view of the temples and mosques that dominate the city, as you walk between the crumbling walls and fallen columns.

History resonates here, and it is considered to be one of the world’s oldest continually inhabited places. Evidence of occupation by the Phoenicians, Assyrians, Babylonians, Persians, Greeks and Romans has been discovered in the ruins. While here, you’ll have a chance to explore five different fascinating historical sites. The Roman Temple of Hercules, Umayyad Palace and water cistern, a Byzantine church and the Ayyubid watchtower. Nearby is the incredible Roman Theatre. Built to seat 6,000 with around 100 steep steps leading to the top. The great and the good of Jordan once came here to view shows and plays. Despite its enormous size, the acoustics were (and still are) fantastic. Many music concerts and cultural festivities are still held here today. 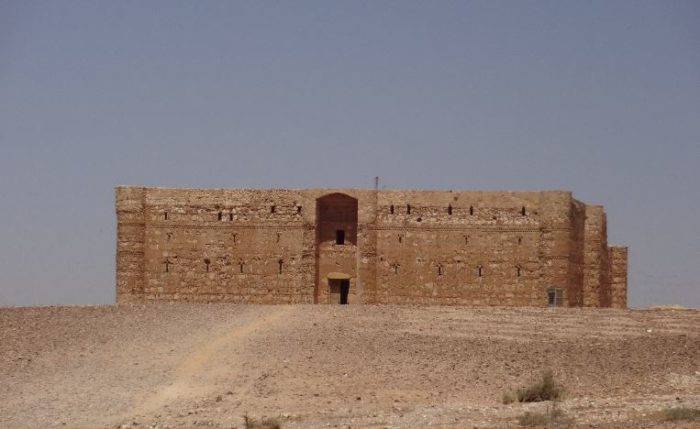 2pm: From the Nabataean civilisation to today

Situated close to City Hall, The Jordan Museum is one of the best in the Middle East. The modern building is very grand and houses a number of informative and well-presented exhibitions. They display the rich history of Jordan. From the first people of the Nabataean civilisation through to the present day. Situated in the dynamic Ras al-Ayn area of Downtown Amman, it’s a great starting point for exploring Jordan’s top historic sights.

You’ll no doubt discover many epic finds on your holidays in Amman Jordan. From the oldest-known human statues dating back some 9,500 years, to Jordan’s share of the Dead Sea Scrolls and many remains from Petra and its surroundings. The displays are engaging and interactive. You’ll find them detailed, but the exciting nature of Jordan’s history will have you hooked to the end. The award-winning 1001 Inventions exhibition is one of the highlights. It celebrates the 1,000-year golden age of Islam and Arabia, which served as a precursor to the European Renaissance.

If you love museum hopping, perhaps explore a more modern take at the late King Hussein of Jordan’s car museum. Housed partially underground within Amman’s largest park, the collection houses everything from early military vehicles and rally cars to Rolls-Royces and Aston Martins. After exploring the city, enjoy a plate of mansaf at one of the city’s traditional Levantine restaurants.

7pm: Take your tastebuds on an adventure

Rather than heading to a restaurant for dinner, try something different with a cooking class. What better time than on your holidays in Amman Jordan to learn about the ancient recipes passed down through the centuries? Befitting for its location in one of the oldest parts of Amman, Beit Sitti Cooking School is one of the city’s hidden gems. It will teach you the secrets of Jordanian cuisine, hidden in a peaceful and unassuming house. As you make your starter, main course and dessert, you’ll be guided by an experienced cook. The school is run by three sisters who started the classes to keep their grandmother’s legacy going. At the end of your lesson, you’ll get to eat the fruits of your labour, a fitting end to your first proper evening in Amman. 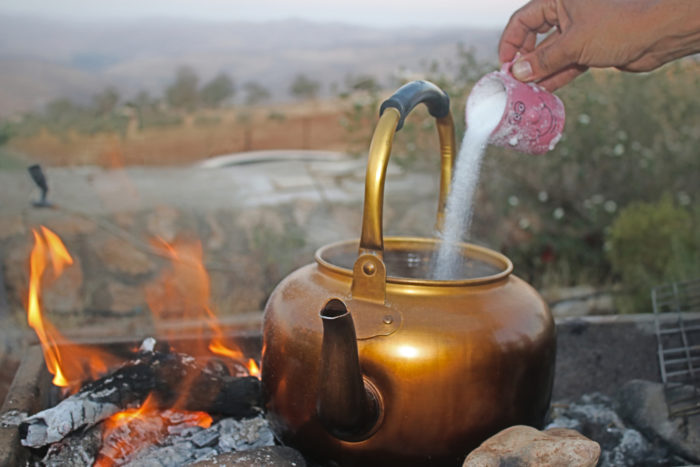 8am: Hire some wheels

Hiring the services of a private guide and driver means you can head out of the city to view the incredible sights nearby while on holiday. We’ve compiled a few of our favourites so you can pick and choose what interests you the most. Holidays in Amman Jordan can be full to the brim with exploration. The country is packed with ancient history, much of it within a short drive of the capital. A full day tour can take you on a loop around the city, starting in the east with the Desert Castles and finishing in the north with the historic city of Jerash (more on that later).

The Desert Castles are early Islamic bathhouses and spoiling retreats once frequented by the hoi polloi of the Ummayad. They’re an impressive introduction Jordan’s many desert ruins. In the west of Amman, you could also choose to stop at the hidden gem of Iraq Al-Amir – lesser known to visitors but no less intriguing. The ruin has been restored and its mystery is its main draw. Some believe it was built with a defensive structure, but also because it is seldom visited by tourists.

For those who want to see the Sea of Galilee, Umm Qais is a former ancient city. Now in ruins, the dramatic location has views of the freshwater lake. In the north-east, Umm el-Jimal is sizeable and thought to be a former frontier town. The Romans and Byzantines had a hand in its creation. Many will see similarities with its unexcavated sites and Indiana Jones. Once completed, its set to be one of the country’s most impressive archaeological sites. 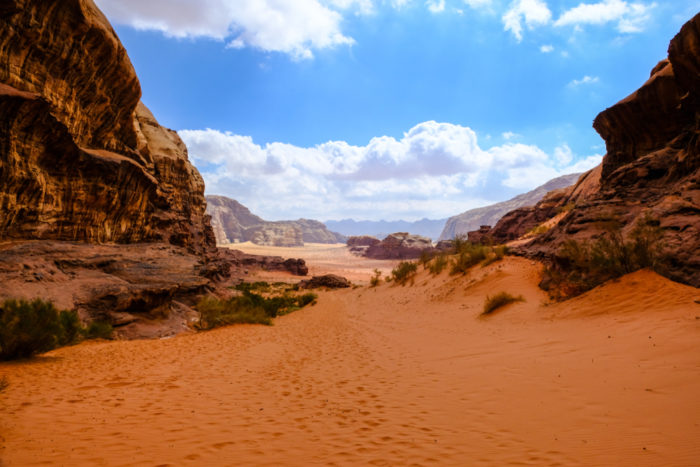 2pm: The Petra of the north

Although you’ll want to spend much of your time in the city on your holiday in Amman Jordan, getting outside to explore means the opportunity to visit Jerash, one of the country’s finest ancient sites. Known in ancient times as Gerasa, it is eclipsed by the more famous Petra in the south but is arguably just as striking. In the Graeco-Roman trading era it was one of the most dominant cities. Today you can feel the majesty as you enter via the vast triumphal gate built to honour the 129AD visit of Emperor Hadrian. Still preserved is the hippodrome. Battles and horse racing are often re-enacted for modern times with great artistry.

A grand plaza, elegant temples and impressive colonnades which still bear the marks of chariot wheels. One spectacular example that’s not to be missed is the Temple of Artemis, where there are many carved Corinthian columns. It’s certain to be a highlight of your trip and worth taking a few hours to explore.

Start your gastronomic journey through the capital with a stop at Al Quds falafel shop for a quick pick-me-up sandwich. Established in 1966, it’s a more recent slice of history compared to some of Amman’s older relics, but no less famous. The King and Queen of Jordan are big fans of the snack shack, and you’ll spot their photos on the walls.

No holiday in Amman Jordan is complete without trying the country’s most famous street food. Rainbow Street is the place to be during the evening in Amman.  You’ll see plenty of stylish Ammani couples and families promenading. The street is best explored on foot as it’s one way. It often becomes busy with traffic as people flock here to enjoy the huge choice of cafes, bars and restaurants. Not only is it great for a night out, but it’s one of the oldest parts of the city. If you stroll a short way down the back streets you’ll discover many ancient stone villas.

It’s a great place to try new flavours: stop in a cafe and order a glass of fresh cane juice. If you’re feeling traditional, try a Jordanian sweet treat like baklava. The popular [email protected] is a fashionable place to stop for a bite to eat or a drink. And there’s plenty of books to peruse. This is the place where young Ammanis come to ‘see and be seen’ so it’s a good choice if you want to immerse yourself in the culture. For more information on Jordan’s delicious dining, take a look at our blog on Jordanian cuisine. 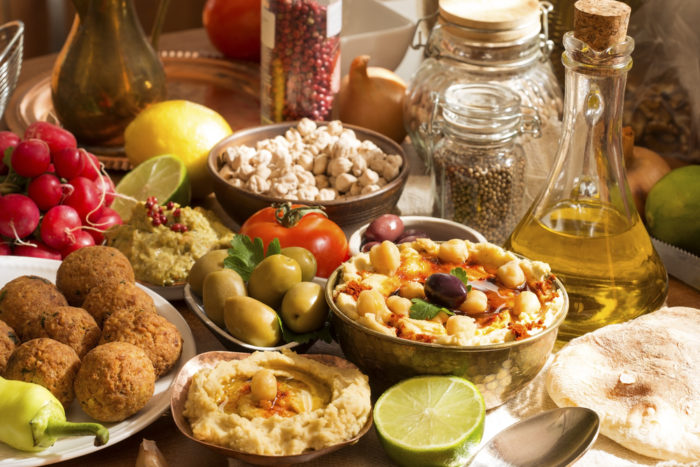 Whether you’re making a short hop for a city break, or looking to tie 48 hours in Amman into a longer trip, there’s much to see in the country’s fascinating capital. From ancient history to more modern additions, which form the country’s social and political landscape. No holiday in Jordan is complete without a stay in the city or exploring its satellite ruins. Contact our resident expert Cat who will be more than happy to share her expert advice on Jordan holidays. Building a trip that’s tailor-made for you.